As I mentioned in my previous post I had booked a tour with Lido Tours to the east of the island for my second day in Madeira. The highlight of the trip was village Santana and Pico Arieiro (third highest peak on the island). I don’t remember the name of the first stop but here are some pictures 😀 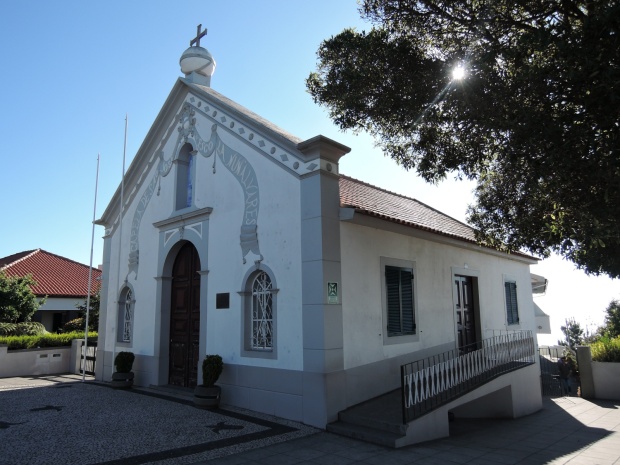 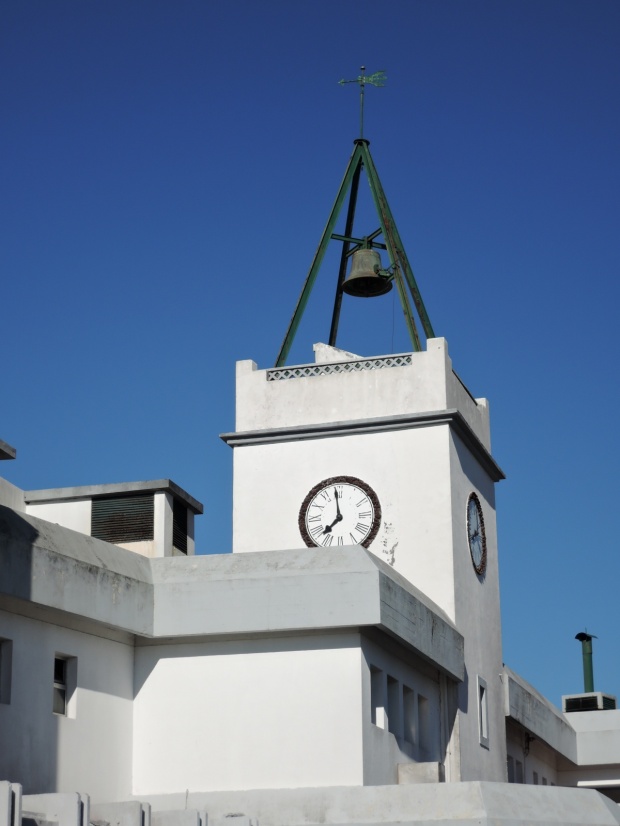 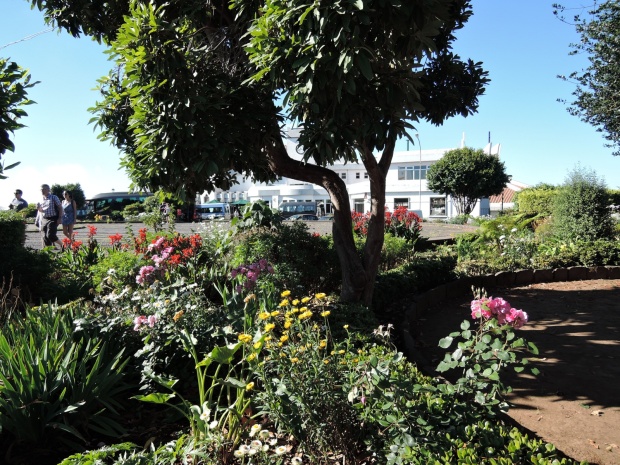 The second stop was Pico do Arieiro. The views from there were breathtaking. We got some free time to walk around. It was quite crowded actually. I met some Czech tourists so we were chatting for a while and of course I was the last one to arrive back to the tour bus. I hate being late or the last one somewhere so I felt pretty embarrassed. The tour leader introduced me to the whole group and that I was travelling alone so everyone should be friends with me. The only friend I made that day was the tour leader 😀  The next stop was Ribeiro Frio. There were some trout pools but not much else to see so for me it was not the most interesting stop. 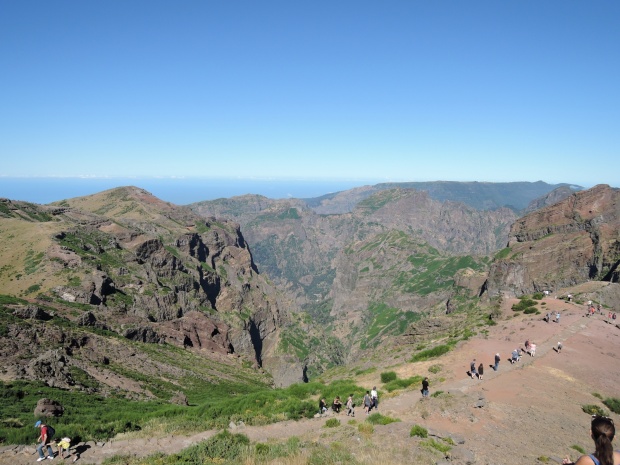 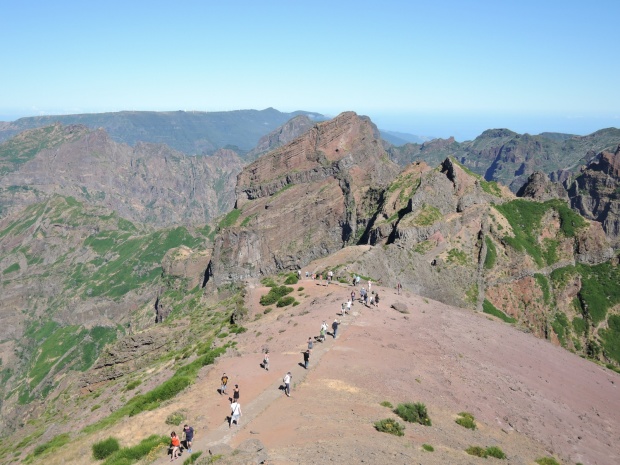 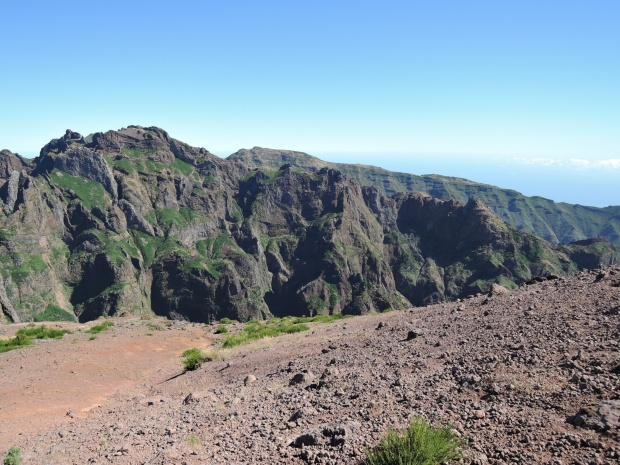 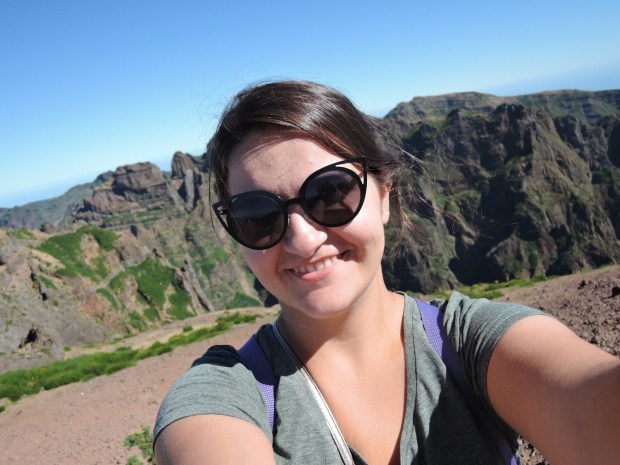 My selfie game is still not very strong 😀 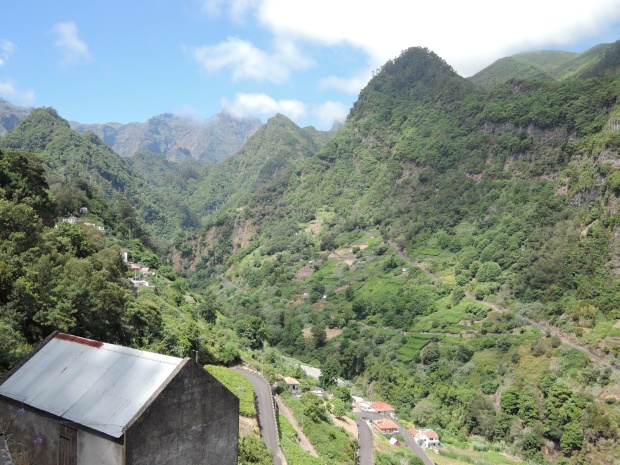 On our way to Santana we were passing through Laurissilva which is a type of laurel forest from prehistoric times. Driving around the island was more interesting than some of the stops. I saw banana plantations, numerous little villages in the middle of the mountains, I learned the name Hydrangea and I learned to love them (they were everywhere) 😀 In Santana we visited few traditional triangular houses with straw roof. There was a shop inside every single one of the houses so a little tourist trap, haha. The only thing I bought was a cup of Maracuja punch which was really sweet but delicious anyway. After the well maintained triangular houses we went to visit the ”real” ones where locals still lived. We found one house, came inside because the house was open but there was no one inside. So there was a group of some 16 people wandering around someone’s house 😀 After a while the owner of the house came. The lady was not even surprised we had went inside. I guess it’s pretty common to take tourists there, haha. 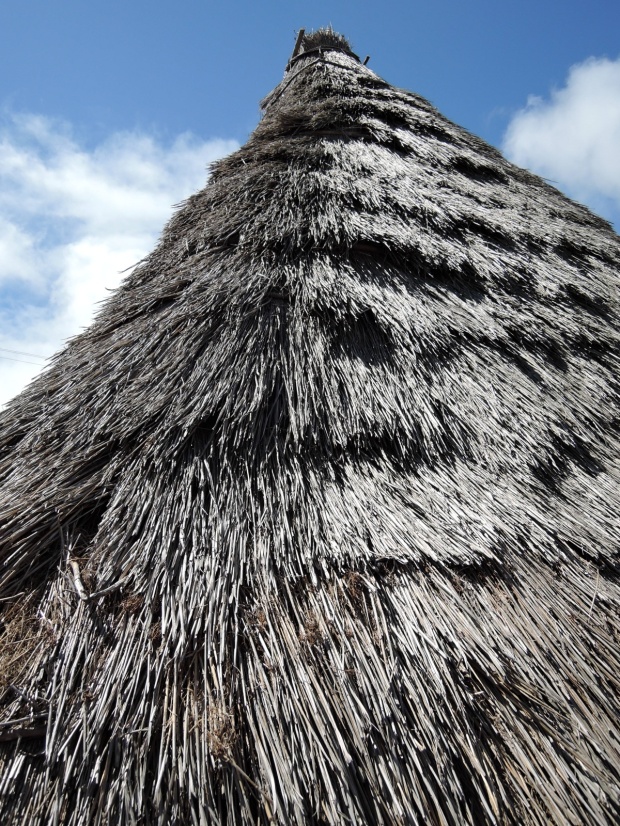 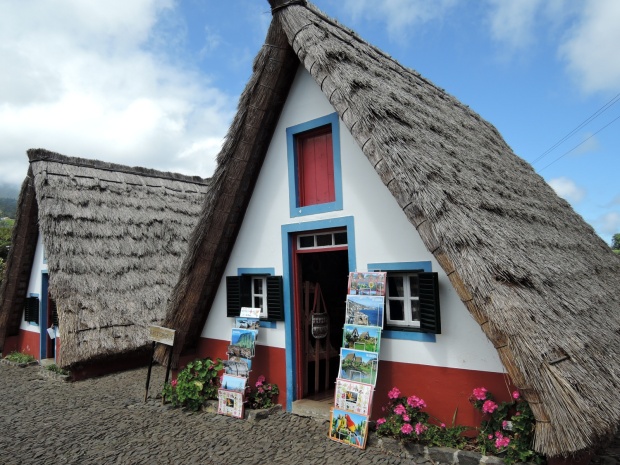 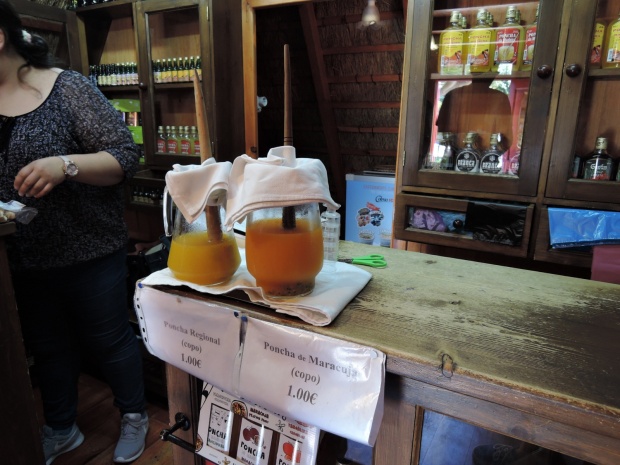 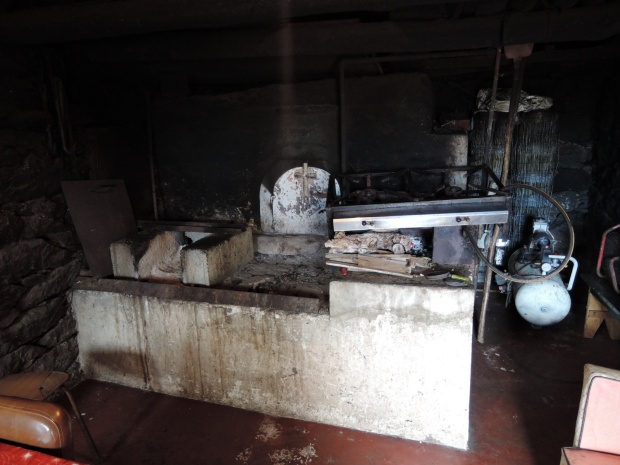 Inside of the house

Our last stops on the tour were Casa do Rum (Rum House), Ponta de São Lourenço (the easternmost point of Madeira) and the sandy beach in town called Machico. There was no rum tasting in the Rum House so imagine my disappointment, but the nature around was beautiful, lol. Ponta de São Lourenço was a beautiful place but again crowded with tourists. In Machico I bought ice-cream and spend the time just relaxing on the beach. It was a nice way how to end the tour. On the way back to downtown Funchal we passed by Cristiano Ronaldo’s houses where some of his relatives still live. I’m not a fan of his but since he is a national hero it might be interesting for some people 😀 The real interesting part of the journey back was passing underneath the airport’s runway. Unfortunately I don’t have pictures from this moment as I was enjoying the moment to the fullest 🙂 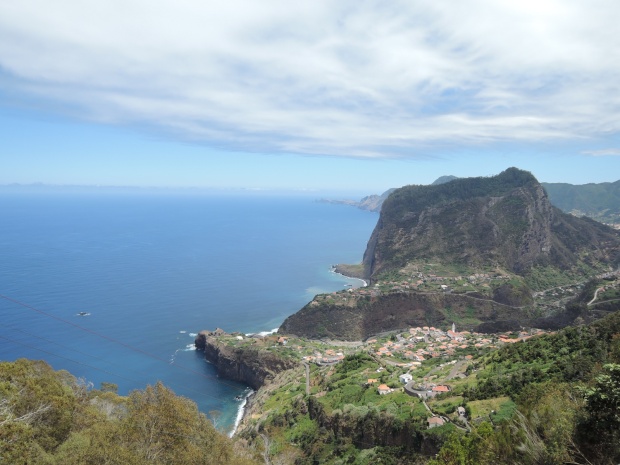 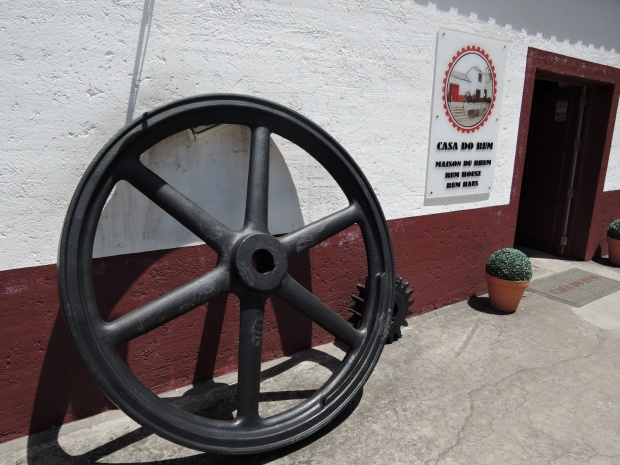 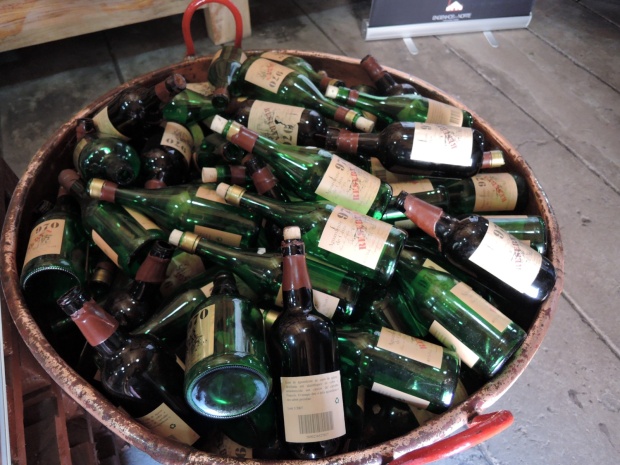 Madeira is a beautiful archipelago and island, a real paradise in the Atlantic Ocean. If you ever plan to visit Madeira, please, reserve more than two days to spend there. Don’t be like me, haha. On my fourth day I had to proceed with my travel plans and go to my next destination: Porto.

View from my couchsurfer’s house. Can you spot the cable car on the right? 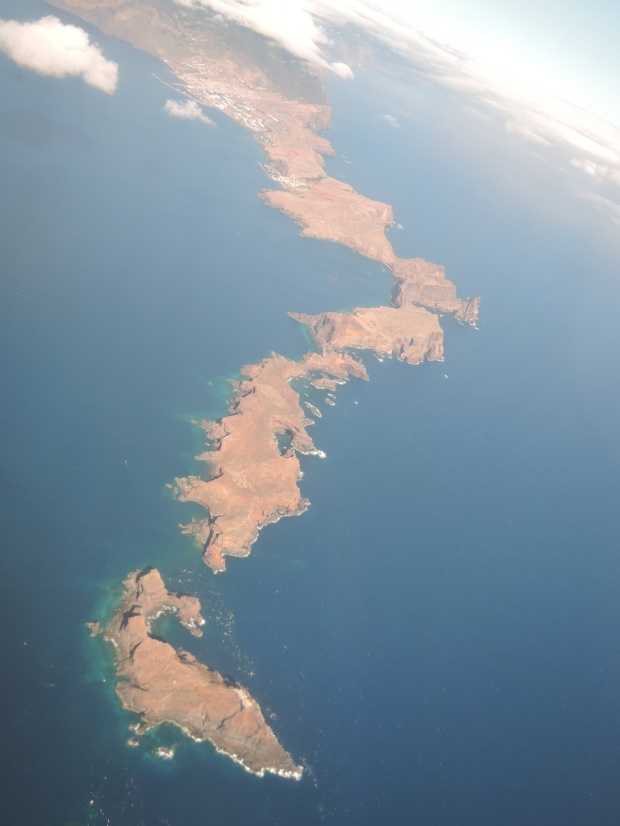 The eastermost part of the island from above

The last one from Nová Dubnica 🇸🇰
Details from Nová Dubnica 🇸🇰
Nová Dubnica 🇸🇰 Town in Slovakia built in the 1950s to house workers of the heavy machinery factory. The town was designed by czech architect Jiří Kroha.
"Can you imagine people lived here and history was being made at this place?" That's what I was telling my sister when walking around Branč Castle. That's what I always think about when visiting castles. It's so fascinating that now we can walk freely at the places exclusive for certain groups of people centuries ago.